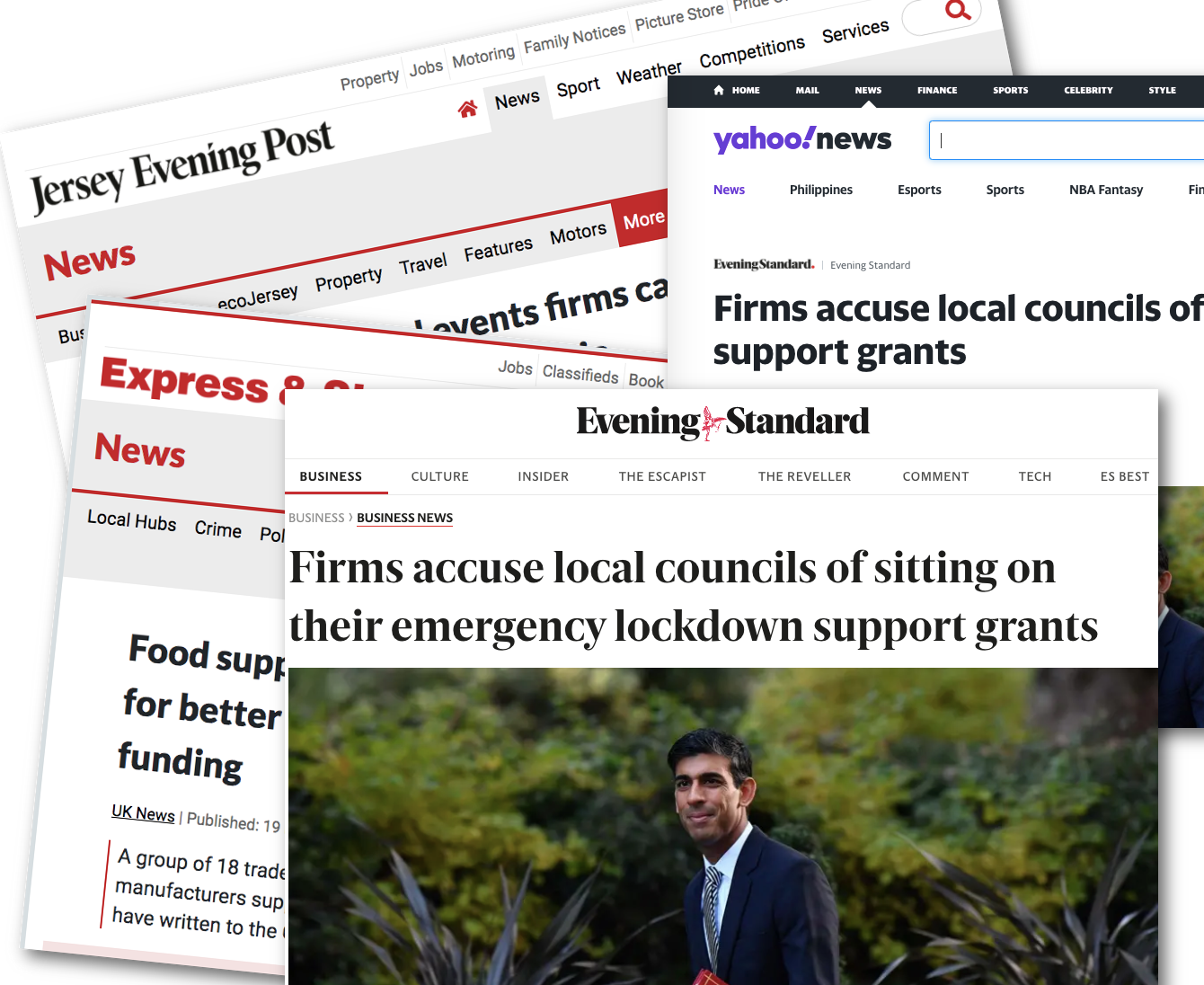 The Events Industry Alliance (EIA)  is continuing its call for more funding, and improved availability of cash through current grant schemes, as part of its wider lobbying of government.

ESSA director, Andrew Harrison, explains. “Throughout the lockdowns ESSA and our sister associations AEO and AEV have been holding regular online meetings with members, speaking to them on the phone and sending dozens of emails each month to help members access support of all kinds. The one area where we find more members struggling to access support successfully is that delivered by the local authorities. There is a stark contrast between regions, some have received support within days but an unacceptable number have failed to receive any support at all.”

A recent survey shows that roughly two-thirds of the ESSA member workforce has already been made redundant, and 86% of the companies surveyed forecasted further redundancies by the end of the first quarter of 2021. The research also suggests that more than half of supply chain businesses will face closure in the first six months of this year if they don't begin to trade near previous levels soon.

“The figures speak for themselves, we are an industry that cannot operate during the pandemic. It is vital, therefore, that our case is recognised and access to funding is eased and our sector is recognised as needing more substantial and specific financial support.  We need businesses to be in a position to reignite the economy when the pandemic has abated sufficiently. Raising the plight of our industry, and the supply chain upon which it depends, on a national stage has never been more important. Whilst the headlines tell the general public that support is available to various industries, the reality is that even the most basic access to support is failing to make its way to businesses most in need,” concluded Harrison.